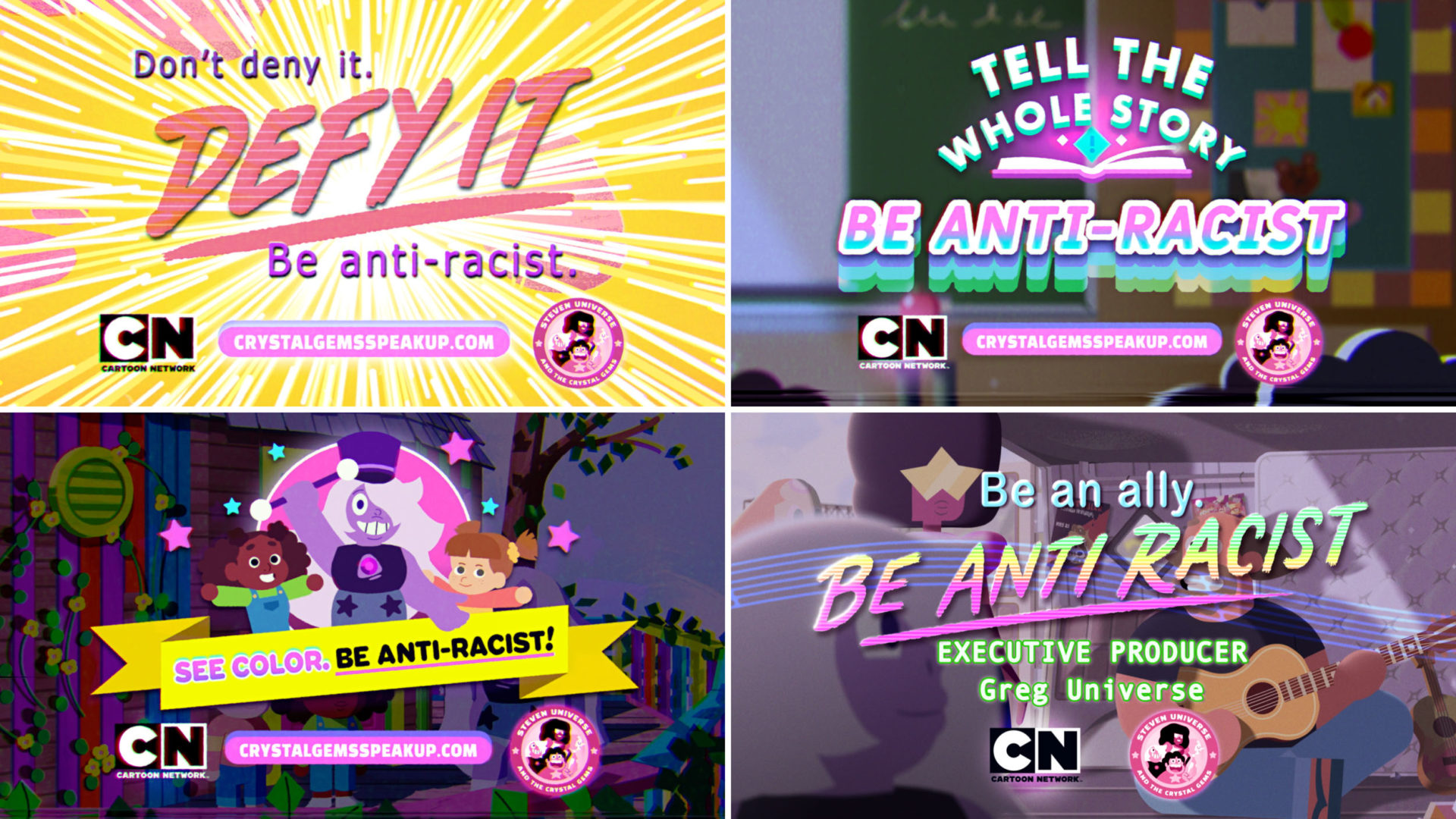 In this series of short PSAs, the Crystal Gems – Garnet, Amethyst, and Pearl – talk about being anti-racist in a variety of ways. Following in a similar style and format to the Dove Self-Esteem Project, these shorts find the characters from Steven Universe on actual film sets which include both scripted “on camera” and more natural “off camera” moments.

We were thrilled to have the chance to collaborate again with Rebecca Sugar and Ian Jones-Quartey, who wrote and directed these shorts. Like the Dove campaign, we enlisted a different storyboard artist for each short, and also modeled the design of each short after a different genre of PSAs.

THE CRYSTAL GEMS SPEAK UP – “DON’T DENY IT, DEFY IT!” / Storyboard by Lamar Abrams

“The Crystal Gems say BE ANTI-RACIST! You have to acknowledge racism to act against it. Don’t be silent, use your voice and privilege to help ✊🏿✊🏼✊🏾✊✊🏻✊🏽💖”

“Black inventors, heroes, and leaders are often left out of history. Ask yourself as you’re learning…who is the focus? Why? Question the story.”

“It’s important to SEE people in all their beautiful COLORS. When you see color and the unique experiences that come from it, you can recognize the role racism plays in our culture AND appreciate everyone and their diversity ✊🏿✊🏼✊🏾✊✊🏻✊🏽💖”

“Being an ally is about seeing your place in the problem and actively being anti-racist! Learning and speaking up is caring. ✊🏿✊🏼✊🏾✊✊🏻✊🏽💖”