Created by Eastwood Wong, Eden is a love letter to magical girl anime, high fashion, and pop culture. Blending all of these influences with his own specific point of view, Eastwood has crafted a universe set in an ultra-glamorous and fantastical version of Los Angeles, centered around the character of Eden — a high school student by day, and warrior of paradise by night. As she fights against darkness, Eden stands for truth, beauty, and love.

EASTWOOD: As I was working on my book, “Eden and the Army of Paradise”, I got the idea to create an animated trailer that would show the world in a fully realized, animated form. I wanted to structure in a way similar to many classic anime openings so it could introduce the main characters, give us glimpses into their relationships, and also show the opposing forces of good and evil.

For the colorscript, I took a lot of inspiration from games like Final Fantasy and Kingdom Hearts. I loved the idea of creating lots of contrast in the environments, like juxtaposing images of Eden hanging out with her friends against the fight with her arch nemesis Mirage. I especially wanted to highlight drama of the scene where Mirage takes Eden’s heart with stark black silhouettes against red.

I am a huge fan of the composer Yoko Shimomura and we were incredibly lucky to have her score the trailer. Her music is so dramatic and has so many layers even when it’s just a single piano playing. I love how the song she composed evokes classical music and constrasts with these modern designs full of fashion and pop culture references.

EASTWOOD: The inspiration for the character costumes comes from things like street wear, high fashion, and Riccardo Tisci who is one of my favorite designers. I tried to combine all of these things with classic magical girl outfits. Each girl’s outfit tells you a little something about their personality. 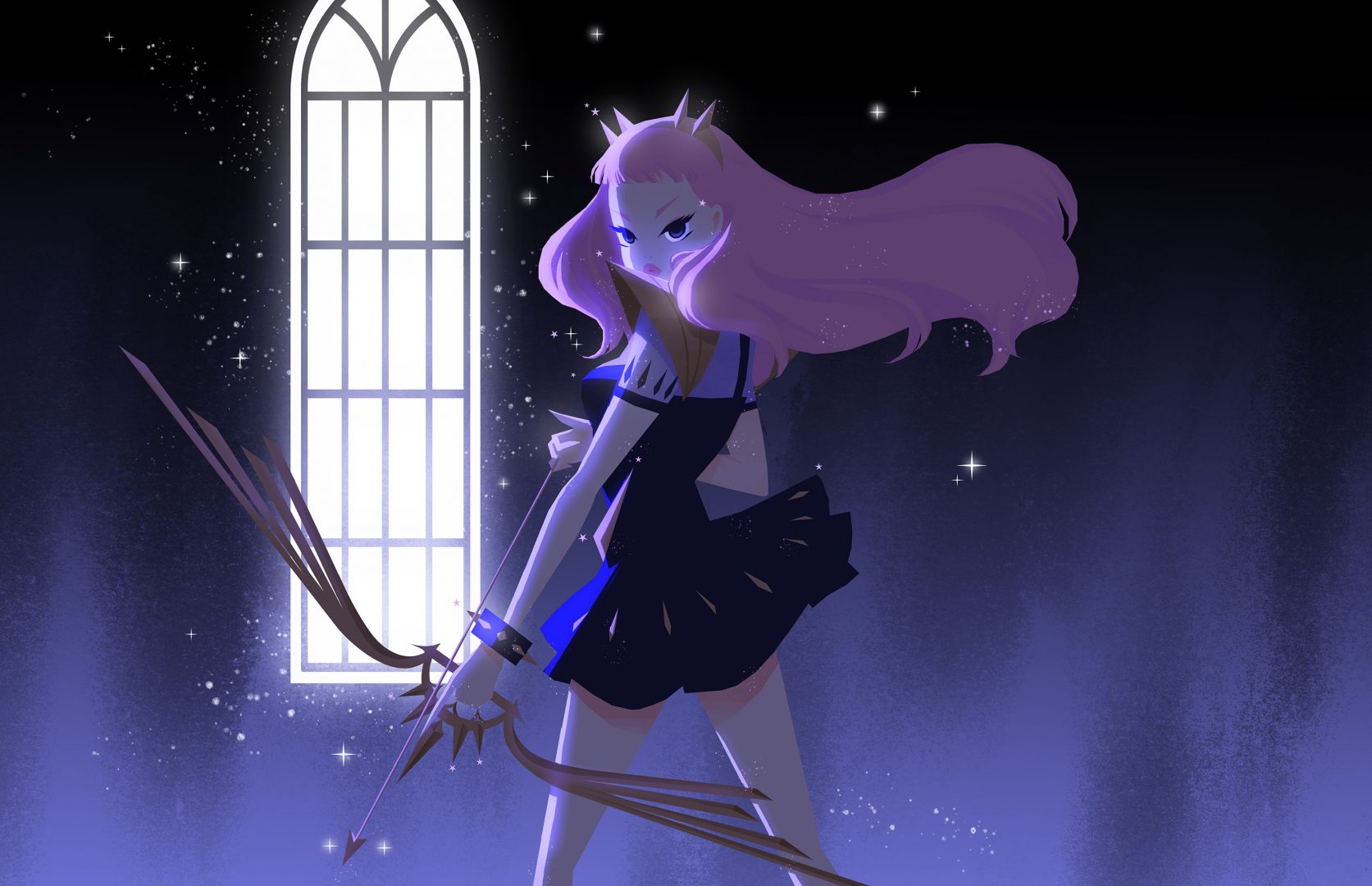 I’m really influenced by Los Angeles because it’s such a sprawling city filled with beautiful old landmarks but also lots of modern buildings. Like with Yoko’s classical-sounding music contrasting with the modern visuals, I am always looking for these sorts of contrasts. 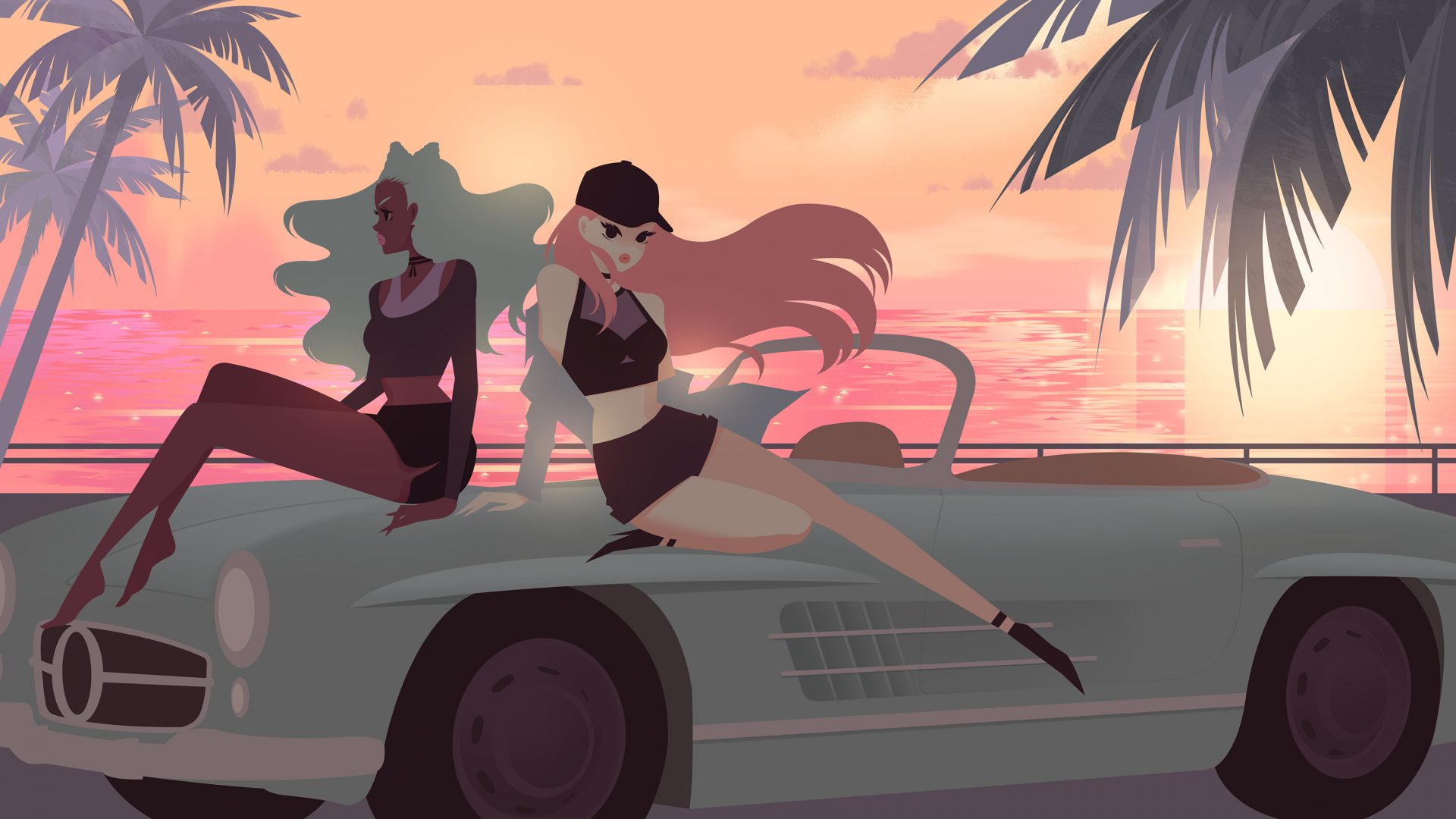 EASTWOOD: We took a lot of cues from anime for the animation style in the trailer. Many of the shots consist of mostly a single great drawing with a few select moving elements so we retain focus on the illustration, while we save more fluid animation for the intense action scenes. This helps give a lot of contrast between the still, closeup moments and the action sequences.